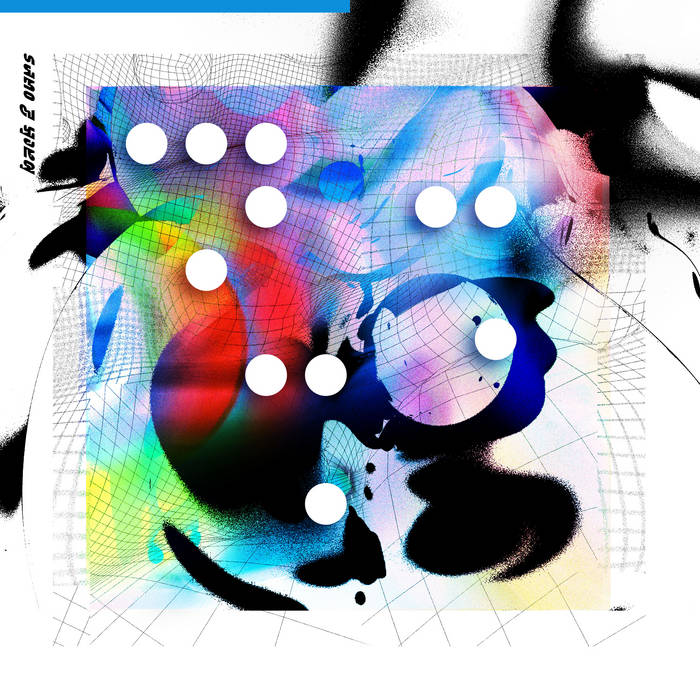 DeepMatter is proud to announce 'Back 2 Ours', the first single from Simon Jefferis upcoming debut album, which sees him team up with Abhi The Nomad and David Mrakpor.

Brixton based producer and multi-instrumentalist ​Simon Jefferis has been setting mouths ajar with his expertly-crafted, atmosphere heavy music over the past few years. With his reputation as both a talented instrumentalist and adaptive producer steadily circulating through the city’s hip hop undercurrents, 2020 sees SJ return to label​ DeepMatter​ ​with his new single “​Back 2 Ours​ ”​.

“​Back 2 Ours​ ” sees Jefferis channels golden eras energies, as a warming vibraphone pattern sits atop a jazz-infused rhythm section. This perfectly sets the stage for Austin’s ​Abhi The Nomad​, to take on vocal duties, delivering a verse in his distinctive laid back style.

Serving as SJ’s first offering since the success of his 2019 track “​High Grade​ ” (which featuring ​Dylan Jones & ​Natty Reeves)​, “​Back 2 Ours​ ” also serves as a taster of his ​forthcoming album which is due later in the year.

A long time ago fore the rap game started
I was living in my dads ballsack, ready to rocket
My moms knew the minute I popped the egg
my pops was egging on a star, no false prophet
Out came the child breakdancing on 4s,
the umbilical happened to look like a mic cord, fast forward
at 14 he would write 4s, steady moving to 8’s over groovin’ with bass laid over nice chords
Never was great with them teachers
matter fact fuck all them blackboards and whitewalls
White teacher told me thought I belonged in a psych ward,
I think I belong with black thought and Phife dawg
Look at me now, looking kinda different isn’t he?
Nah same dance and same song, but different city
Other than that I got money but I’m still that same brown baby
still rap willy nilly

Yeah I keep it real but I still keep the movie on
Rappers build community centers and keep the Gucci on
Loving the same bitch for a decade and leading groupies on
Sex workers paying for they daughters by slanging WOOP WOOP (That’s just life though)
yeah that shit’ll keep you humble
My homie almost beat his depression and then he fumbled
Trapped in his own liquor locker to blocking everything out like old heads sayin’ new rappers just mumble
Yeah yeah, ok boomer
Keep your ear closed, back to old jay boomer
Take your mixtape, to your own grave, boomer
What’s the date? we might have to get a bouquet sooner
Cuz I ain’t rockstar, I’m a craft worker
I got a tax number, i don’t brag if the bag Berkin,
we don’t flash unless lights go off like bag service
In two or three years might just have a fucking flat-purchased
I don’t know…

South London based polymath Simon Jefferis has been setting mouths ajar with his expertly-crafted, atmosphere-heavy beats over the past few years. With his reputation as both a talented instrumentalist and adaptive producer steadily circulating through the city’s hip hop undercurrents, 2020 sees Jefferis return to rising label DeepMatter with his debut LP ‘Vibrations’. ... more